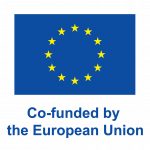 Project REBIRTH28: Grant Agreement under CEF-Transport-2021 has been signed

BMF Port Burgas AD signed a Grant Agreement under CEF-Transport-2021 for co-funding of a Project „Raising Low-Emissions multimodal transport in the core port of Burgas with new Infrastructures for beRTH28 (REBIRTH28)”. The indicative amount of the eligible costs of the Project is EUR 46,864,500.00 of which up to 85% will be funded under the CEF programme. To read more click here

BMF Port Burgas is a private port operator of Port Terminal Burgas East II and Port Terminal Burgas West – parts of national public Port Burgas, granted with concession contracts respectively dated 2012 and 2013. In 2019, the Council of Ministers of the Republic of Bulgaria has decided to extend the term of the concession contracts for the two terminals to  46 years and 8 months.

From 2012 till 2022 ca. 165 million euros have been invested in the rehabilitation of the existing infrastructure and modernization of the equipment. This amount places BMF Port Burgas at the forefront among modern private investors in port infrastructure in the country.

Thanks to its clear focus on innovation in cargo handling, BMF Port Burgas has significantly increased the cargo traffic through the port terminals both as volume and as diversity.

To meet the needs and expectations of its clients, BMF Port Burgas is constantly expanding the scope and quality of the services it offers. As a port operator, BMF Port Burgas is committed to the implementation of the provided activities in an environmentally and socially responsible manner and under the applicable national and European legislation, several international conventions (eg. ISPS Code), Protocols and Standards.

Not afraid to play big

In 2018 BMF Port Burgas successfully completed the construction of three new jetties, which significantly expanded the berthing potential of the Burgas Port. The implementation of this project was an ambitious challenge and required the engagement of number national and international experts in the field of maritime construction.

The long-term development program of the company envisages extension of the berthing capacity of 3 of the current berths and the construction of 5 new ones.